A. Amador was born on August 29, 1986, and he competes professionally as a road cyclist for the UCI World Team Ineos Grenadiers. A. Amador father, Rodolfo Andrey Amador Bikkazakova, is a native Costa Rican, while his mother, Raisa Bikkazakova, is a Russian immigrant who came to the country after meeting and marrying Rodolfo.

There are three brothers, and he’s the youngest. He began racing bicycles seriously at the tender age of 20, in 2006. In the opening ceremony of the 2011 Pan American Games, A. Amador was chosen to carry the Costa Rican flag. 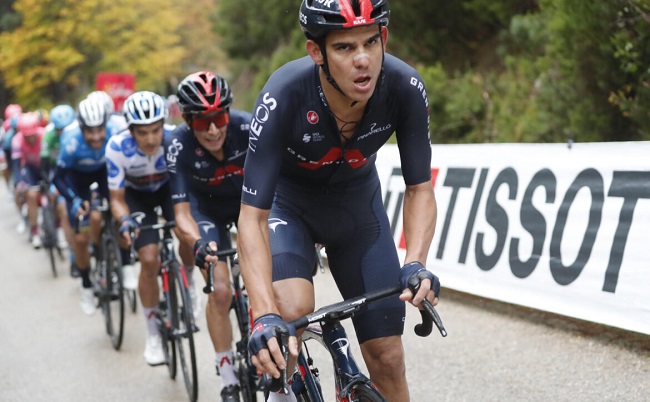 His participation in the Tour de France makes him the first Costa Rican to do so. During the 2012 Giro d’Italia, A. Amador won stage 14 in the mountains by separating from the pack on the final downhill before the final climb.

Even though he was overtaken at the top of the final hill, he still managed to win the sprint. During the 2013 edition of the Tirreno-Adriatico, he placed eighth overall.

A. Amador Will Go to His Third Olympic Games

A. Amador, Costa Rica’s most seasoned and well-respected cyclist, was re-elected to represent his country. In the road to the Tokyo Olympic Games following the National Federation’s definition of A. Amador over Kevin Rivera made by coach Yurandir Leandro.

Leandro, who had been in contact with the two cyclists for a while, finally made his decision: “After several weeks of being in contact with them. I have determined that the cyclist with the best current skills to represent the country in such a great event is Andrey,”

Citing the latter’s superior experience, physical form, and mileage to Rivera, who had contracted Covid-19 and is still recovering from its aftereffects.

According to a memo from his coach that was leaked to the local media, “He always shown interest in participating in Tokyo, as long as He will be alerted in ample time to prepare sufficiently.”

A. Amador hoped to join Team Ineos for the 2020 and 2021 seasons after attempting to terminate his contract with the Movistar Team at the end of the 2019 season. A. Amador was finally released from the Movistar Team on February 11, 2020, after the contract disputes had been settled.

The next day after A. Amador signed his three-year contract with Team Ineos, he made his racing debut in the UAE Tour in the last week of February.