In the movie, there’s a moment where a man is strapped to a metal table and a harsh light shines down on his face, illuminating every flaw. Off screen, the cop’s voice can be heard: husky and menacing, it strikes fear into the heart of his prey.

To paraphrase: “Why did you do it?” he hisses. The shot quickly zooms in on the subject. The prisoner’s gaze flickers to his hands for an instant before he fixes the police officer with a piercing gaze and the words, “I told ya’, it wasn’t me.” The policeman, though, is confident that he has the right man because, well, he looked down. 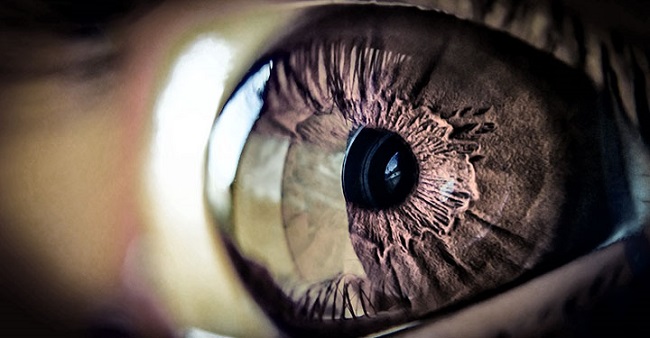 When is it Possible to Know Who is Lying?

Now, let’s get to the bottom of this physical tell business. Physical tells are not an effective method of lie detection unless you’re playing me at poker (yep, my face will tell you everything about the bluff I’m trying to perform!).

Culture has a role in how our bodies match with our narratives, and people can become quite effective at faking it. According to Converus CEO Todd Mickelsen, “there have been a number of studies over the last two years, and what they found is that those tells are extremely cultural and very language-specific.” Looking your boss in the eye is considered rude in some cultures, but acceptable in others.

Finally, Let’s Talk about the Polygraph. Okay, so it’s not that Simple.

The polygraph recently turned 100 years old. The worldwide use of polygraphs for interrogation and employee screening by security agencies, law enforcement agencies, and corporations amounts to a $2 billion market.

There are many who question the method’s effectiveness despite the fact that it has been used for a century. Mickelsen, for one, describes the laborious procedure that can affect outcomes. It’s important to take frequent breaks during a polygraph test, which can last up to 90 minutes, to avoid developing health problems from the tight fitting equipment.

It’s All in The Eyes

It’s a branch of science that relies more on involuntary changes in the eyes, as Mickelsen explains. Scientists call this difference the “cognitive load” between lying and telling the truth. “When you lie, you make more conscious effort to deceive than when you tell the truth.

Your eyes become slightly larger, sometimes as much as a tenth of a millimetre. It’s not anything obvious to the eye alone. It’s a subtle shift that happens in the blink of an eye. But we can detect dishonesty with a high degree of precision using a specialised camera that records these alterations as you take a computer-based test.

The group began to examine the link between mental effort and eye movements with an eye toward improved lie detection in 2002. Converus’s inventions are the result of nearly two decades of research and extensive peer assessment.

Mickelsen uses the hypothetical scenario of a job application screening to describe how EyeDetect operates. You’re being questioned by a computer while it watches your every motion with an eye-tracking camera.

Questions about whether or not you have ever been convicted of a felony and whether or not you are now seated to take the test are two examples of the kinds of information that might be asked in the screening. Pupil size, reaction speed (people usually answer a few milliseconds faster when lying), and fixation point are also recorded (eyes tend to move quickly to the end of the question when lying).

We Can’t Forget the Haters, Can We?

If there have always been those who doubt the reliability of polygraphs, what makes people think Converus’ ocular-motor detection won’t face the same resistance? Mickelsen responded to a recent piece by the Washington Post that quoted several sceptics.

Compared to other polygraph methods, “we really have more peer-reviewed studies on eye detection,” adds Mickelsen. People who claim this information is useless have obviously never heard of the peer-reviewed approach. People who haven’t studied our research and don’t have a degree in credibility detection sometimes pretend to be experts. As a whole, they are biassed against lying detection.

And those Who Cheat?

What about ocular-motor detection therefore, if some Slick Rick can fool a polygraph?

After three years of work between the university and the Czech Republic, our study is complete. According to Mickelsen, “the study’s primary goal was to investigate potential responses to efforts to trick the system. Current status of study: peer review. We discovered that participants who applied these defences performed worse and appeared more guilty than those who did not. That’s not to say we haven’t looked for it and missed it, but we haven’t found a means to consistently win against it, either.