This article is dedicated to Discord Overlay Not Working Issue. If you are a gamer and you like to enjoy full-fledged fun-filled gaming sessions at your own computer but still being connected to your friends. Then you must have encountered an app called discord. Discord is a VOIP application designed initially for the video gaming community.

It is one of the most popular communication tools for online gaming and streaming. It specializes in text, video, and audio communication between users in a chat channel. Discord can be accessed via Windows, Android, Linux, macOS, and in web browsers. This service is designed to help players communicate and coordinate via private servers. Many users face the issue of discord overlay not working while playing games. 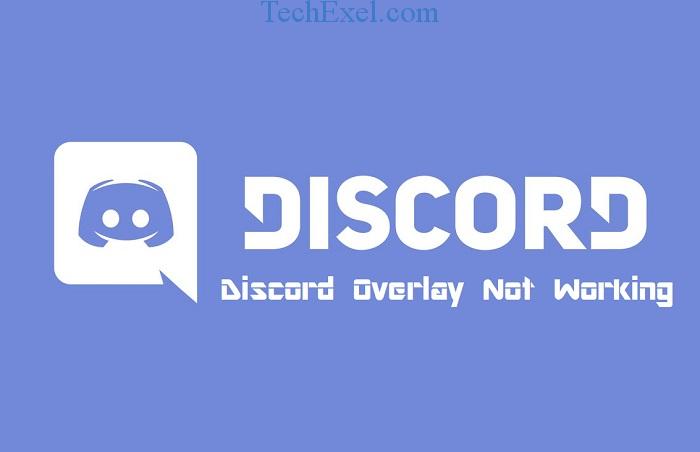 The most basic reason due to which Discord Overlay Not Working error is caused is the Overlay option itself as a lot of people are not aware of the settings. Usually, it’s the settings that are not configured properly. It can occur due to antivirus applications. Antivirus flag the Discord as suspicious, and they might be blocking it. It can be due to scaled display, overlay location, hardware acceleration as well.

How to Fix Discord Overlay Not Working in Windows 10

Every problem comes with a solution, and so does this. There are ways to fix this problem too. Before you go for the methods written below, reboot your app.

This method seems to be silly though a magical fix for many problems. Sometimes it’s a glitch that goes away after a reboot. Close all the running games, applications, and discord app to shut down the system. Then restart the system and check if the Discord Overlay Not Working issue still prevails.

Solution 2 ⇒ Check If the Option is Enabled

Firstly, enable Discord Overlay option to use it in any game. Follow the steps to enable the option:-

Step 1 ⇒ Open discord app. You can also go for the shortcut on the desktop if it exists. Then, Start the Discord app.

Step 2 ⇒ Go to users’ settings. You will see a button located on the bottom left of the discord windows for desktop.

Step 6 ⇒ The default hotkey in the latest version for enabling the in-game option is Shift+.

Hotkey may be the reason for facing Discord overlay not working issue. Overlay enables hotkey might be conflicting with another hotkey in Discord or the game itself. Change it to

Something else or enable it altogether if it has not been assigned previously.

Steps are as follows:

Step 2 ⇒ Go to user settings. Access it by clicking on gear like symbols on the right side of your user name on the bottom of the Discord window.

Step 3 ⇒ Go to overlay sub-menu. In the pane that opens, you can find the hotkey just alongside enable in-game overlay option. Assign a hotkey to enable the in-game screen overlay.

Step 4 ⇒ Save the settings and restart the game.

Step 5 ⇒ Use the newly assigned hotkey to see the discord overlay while playing the game.

This issue may also occur due to an overlay position. When games run at different resolutions with windowed and full-screen variations, then it is highly possible that you may have mistakenly dragged the overlay outside the running window of the game. If it is enabled and you are using the correct hotkey without the overlap with any other hotkeys that are allowed, you do not see it while playing the game.

Steps to reset the overlay to default:

Step 1 ⇒ Open the discord app by double-clicking its icon on the desktop or the start menu or the App folder in the system drive’s programs files folder.

Step 2 ⇒ Now press the key combination Ctrl+Shift+i. This will open a window alongside the Discord app window.

Step 3 ⇒ In the newly opened side window, click on the > button on the top right corner of the window in the drop-down list that expands, select application.

Step 4 ⇒ In the Java Script settings window that appears to expand the option Local storage.

Step 5 ⇒ In the list on the right half of the windows that appears now, look for the Overlay store or something like that. Select that option and press the Delete Key.

Step 6 ⇒ Close the app and the game. Restart them both now, and the overlay position will be set to default.

After this, check if the Discord Overlay Not Working issue has resolved.

Solution 5 ⇒ Run the Discord App As An Administrator

Step 2 ⇒ Click on Run as administrator option. Click on the Yes button in the dialogue box. This box appears asking if you want the discord app to make changes to the system.

Step 3 ⇒ You can also make the system to run the app every time with administrator privileges by changing the properties of executable. Then go to the properties, check the box for Run this program as an administrator option. Now apply and close the window.

Step 4 ⇒ Restart the discord app, the game, and use the hotkey while playing the game to see if the issue still exists.

Many firewall applications or antivirus programs recognize the Discord in-game overlay as a suspicious and misbehaving process. Due to this, they deny required privileges or straight out kill the process every time you try to enable it.

So open the firewall settings. Then check if you find anything related to Discord in blocked applications or services list. And when you see something, unblock it and add it to the exceptions.

If the problem is not solved, even after following the steps given above. There might be a possibility that the version you are using is outdated and needs to be updated. Or some files may have been misplaced or corrupt after the installation that is causing the issue. Now we will go for a fresh install of the latest Discord stable version after completely uninstalling the existing Discord application from the system.

Step 1 ⇒ Open the control panel in your windows operating system. Navigate to app and features.

Step 2 ⇒ In the list of installed apps, click on Discord. Now the uninstall button will appear. Click on it and go through the uninstallation process.

Step 3 ⇒ Permanently, delete the Discord app directory in C drive’s program files folder. This will delete all the leftover files and settings, enabling us to clean install the next time.

Step 4 ⇒ Now go to the official site of Discord and check for the latest version for the stable installer, suitable for your system.

Step 5 ⇒ Restart the system and install the Discord through the downloaded installer. Wait till the installation process finishes.

Step 6 ⇒ Once again, restart the system and open discord. Check the enable in-game overlay option, if it is selected or not.

Step 7 ⇒ Check the hotkey for enabling the in-game overlay.

Step 8 ⇒ Now run the game while you are playing it. Use the hotkey and check if you get an overlay. It will appear by default on the top left portion of the game window in the latest version of Discord.

Step 9 ⇒ You turn off the antivirus before installing a well-known and certified copy of any software that requires some special permission.

Many users face these types of errors and problems while playing games. But it does not mean that we have to quit gaming due to such errors. We can go for all the methods mentioned above will help you to resolve the Discord Overlay Not Working issue.