The follow-up film sees the companions seeking for answers following the strange death of Jenny, Tommy’s sister. Their only clue is a talisman recovered with her body. 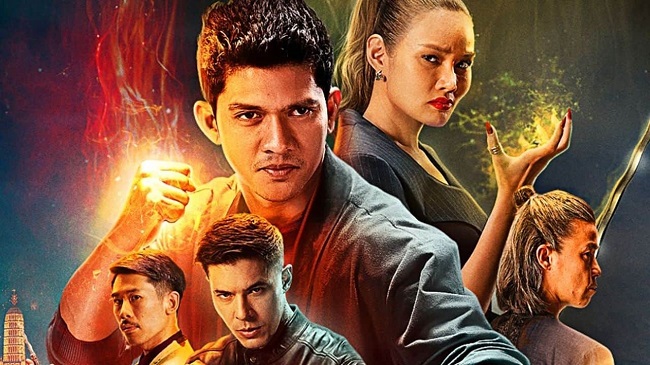 Pan adds that Jennie’s execution was a minor episode in a broader plan organised by his twin sister, Ku An Qi (Rhatha Phongam), the ruler of the Bangkok underworld, who intends to connect youthful and yang talismans. Kai aims to tackle this swindle on his alone, but his comrades insist on fighting by his side as he hunts the thieves.

The Queen of The Underworld Review

The movie’s draw is evident – there are many sequences of well-choreographed fighting, with each cast member living up to the level set by Uwais, a martial artist. But the filmmaker, Roel Reiné, confounds the action by depending on a complicated history to explain his characters’ ambitions, origins and talents.

Watered down interpretations of Taoist principles – more academically than culturally destructive — are aimed to explain how Kai or his opponents employ their powers. Consequently, the discourse has little chance to get to know the persons as humans rather than as vehicles for their magical powers.

The war scenes don’t land with any dramatic effect without a tactical, philosophical or emotional underpinning. Knives slice, firearms shoot, fists pound flesh. But every movement looks insubstantial. At its best and worst, the movie mimics the sense of seeing a stranger play with off-brand action toys.