Genshin Impact is the ever-expanding open-world adventure. The next 3.0 Sumeru upgrade will undoubtedly add to the already massive size and breadth of the game.

Hoyoverse, the game’s developer, has announced that the game’s protagonist, dubbed the “Traveler,” and our floating companion, Paimon, will soon be able to explore a new zone, complete with new characters and tasks. 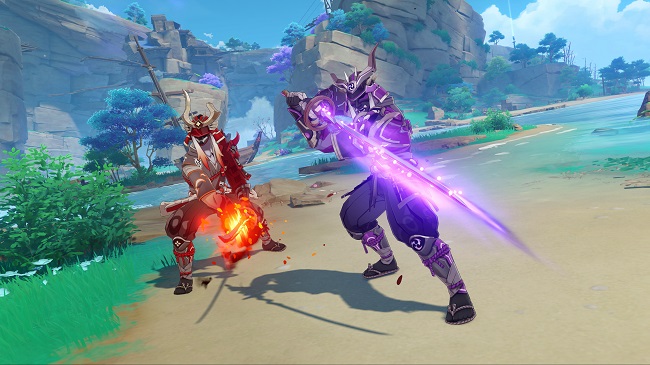 While Hoyoverse has had a number of major updates in the past year, the 3.0 version will be the largest change since the 2.0 Inazuma update debuted last summer. Now that players have wrapped up their spell in the Japanese-inspired territory of Inazuma, and have explored the deep dark slimy depths of The Chasm, it’s time to move onto the next big task. Read on to find out why the 3.0 release is so important and what we currently know about it.

During the 2.8 patch webcast, a preview was released showing a landmass dominated by verdant forests and adorned with whimsically enormous plants, beach-island settings, and magnificent jungle temples. Gameplay footage demonstrated that applying different elemental powers on environmental elements, like big mushrooms, can transform them, and hence change how players can interact with the world around them.

For example, electro-charging a mushroom can make it extremely springy, providing players more of a boost when jumping off of it. We also know from the in-game descriptions of Sumeru that there will be arid parts as well. Judging from the landscapes and Arabic-like names of some of the characters, fans believe this region is influenced by South Asia and North Africa.

We don’t know much about the adversaries yet, but the zone will feature an Electro Regisvine boss for collecting ascension materials.

Dendro, A New Component, Will be Available in the 3.0 Release

This update not only adds a new area to discover, but also adds a new weapon to your arsenal: the Dendro. For those familiar with standard RPG element pairings, think of Dendro as the Genshin Impact version of grass-type powers.

The advent of this new feature, together with the introduction of a large cast of new characters, is intended to cause a shift in the way players approach combat and exploration. The development team referred to Dendro as the “last piece of Genshin Impact’s element system” in a video.

Dendro is driven by three ideas, according to the video’s developers: catalysis, wisdom, and life. The designers intend for these ideas to be reflected in the use of elemental reactions in combat, in the layout of levels, and in the functioning of environmental dynamics.

Battle reactions include Bloom and Catalyze: Using water in combination with an opponent or teammate who possesses Dendro causes Bloom, whereas applying Electro after Dendro causes Catalyze. This reaction, which occurs when a character uses a Pyro attack on a Dendro slime, is familiar from past encounters with this type of slime.

The Update will Kick off a New Storyline With New Characters

While not much new was shown about Sumeru, the complete Fatui Harbingers were revealed for the first time in this latest trailer from Hoyoverse. In the planet of Teyvat, the Fatui Harbingers are set up as a council of super-powered baddies who have historically caused political upheaval, confronting the Traveler as they continue their quest.

Something is going on with the council, as evidenced by the trailer, but what it is, we do not yet know. Collei, a new Dendro character, will be available as a playable character sometime in 3.0, and she was also featured in the trailer.

When will Update 3.0 be Available

Every six weeks, a new patch is applied to Genshin Impact. Even though Hoyoverse hasn’t indicated when the next patch will be available, the developer has generally followed to this schedule in the past. If the developer stays true to form, the release of version 3.0 will occur on or around August 24.

5:00 p.m. EST (2:00 p.m. PST) is when maintenance is expected to begin if past patterns are any indication. Hoyoverse will award players with a maintenance bonus and Primogems proportionate to the length of time the service usually takes, which is a few hours historically.

What Advertising Will Appear in the Update?

The official Genshin Impact Twitter account has revealed several new cast members. Dori, an Electro trader, Collei, a Dendro archer, and Tighnari, a Dendro ranger, all have rather simple backstories that have been revealed to us so far.

The formal confirmation of other characters that have been leaked has not yet come from Hoyoverse. Since Hoyoverse has previously given official information on these three characters, it is likely that they will get their banners before other leaked characters.