We need to make cold meals and using the oven is entirely forbidden,” stated a reader named Esmeralda in Madrid in an email last week.

A creamy salmorejo from southern Spain—which gets hotter than Madrid, she noted—is what she’s been whipping up for the last few days. 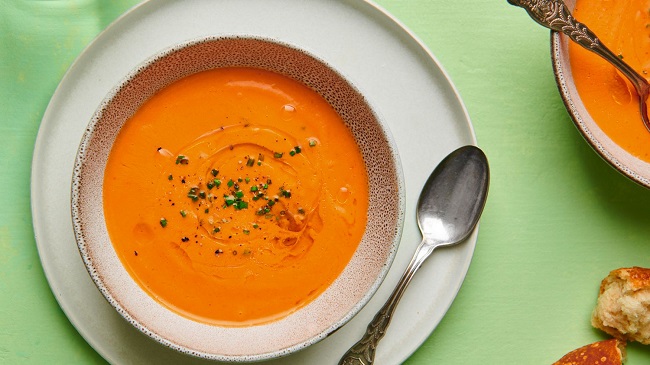 Until now, I’ve just prepared the gazpacho recipe below, so I can’t speak to the salmorejo itself. On a hot day, reading the word “gazpacho” brings a sigh of relief.

Served in frosted glasses or chilled tumblers, gazpacho is the ideal summertime beverage when you’re too hot to cook but still want chilly, salty, and a light lunch. It’s not the watered-down salsa or grainy vegetable purée commonly offered in the US that this dish is based on; in Seville, Spain, it’s commonplace.

Instead of a lipstick red, this variation is a creamy orange-pink. The reason for this is that a big amount of olive oil is needed to produce a flavorful gazpacho, rather than a bland gazpacho. All three ingredients work together to give the appropriate colour as well as an almost-fluffy texture, making it ideal for salads.

When using a hand blender or a high-speed blender, combine the tomatoes with the peppers and cucumbers, along with the onion and garlic. (If necessary, divide the job into smaller groups.) Scrape down the sides of the blender with a rubber spatula as needed while blending for at least 2 minutes at high speed.

Add the vinegar and 2 tbsp. salt while the motor is running. Add the olive oil in a steady stream. Emulsified like salad dressing, the mixture will turn vivid orange or dark pink. If the texture is still watery, add more olive oil until it reaches the desired creamy consistency. Push all the liquid through the strainer or food mill using a spatula or the back of a ladle before removing the mixture. Throw away the solids.

At least 6 hours or overnight, transfer the mixture to a big pitcher (ideally glass) and refrigerate. Salt and vinegar should be added immediately before serving to taste. Stir in a few tablespoons of ice water if the soup is too thick. Glasses or a bowl are acceptable options for serving. Some olive oil on top is an excellent finishing touch.