It appears that Disney’s recent run-ins with talent have made life difficult for Marvel, as Marvel Studios head Kevin Feige spent most of Monday’s premiere for “Shang-Chi and the Legend of the Ten Rings” clearing up a “misunderstanding” between Disney CEO Bob Chapek and the film’s lead, Simu Liu. 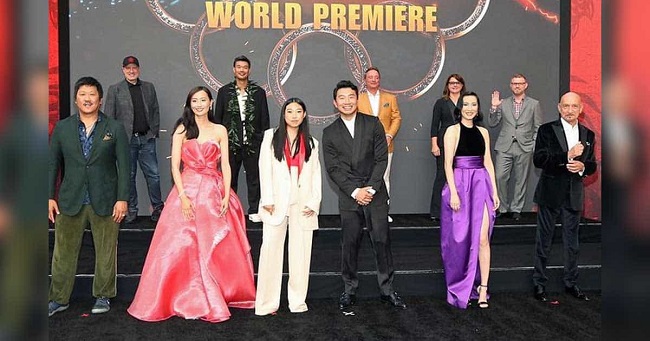 On its Streaming Service

In light of the ongoing uncertainty surrounding the health and safety of moviegoers due to the pandemic and Disney’s simultaneous premium releases of the films “Black Widow,” “Jungle Cruise,” and “Cruella” on its streaming service, Disney+, Chapek referred to the film’s exclusive theatrical debut on September 3 as a “interesting experiment” during last week’s earnings call.

Liu took issue with the comment on social media, making it plain that she felt Chapek’s words were disrespectful to the film.

The Hollywood Reporter said that at the premiere, Feige said that Chapek had “no intention” of diminishing the significance of the picture as Marvel’s first to star an Asian superhero.

The Proof is in the Movie

As Feige put it, “the proof is in the movie,” and the studio “swings for the fences” with every film. With the amount of time and money we’ve spent into developing this genesis story, we’re leaving nothing to chance.

After the “Black Widow” actor Scarlett Johansson sued Disney over the streaming distribution of the picture, claiming she was not given her due portion of the box office proceeds, Marvel was left to deal with the “Shang-Chi” controversy.

The studio publicly responded by accusing Johansson of having a “callous disregard for the devastating and lengthy worldwide impacts of the COVID-19 pandemic,” which only made the problem worse.

The film “Shang-Chi,” based on the Marvel Comics martial arts hero first seen in the 1970s, stars Liu with Awkwafina, Michelle Yeoh, and Tony Leung.

On August 18th, in 25 cities across the United States and Canada, Disney will screen a special preview of the film for a limited group of fans in IMAX theatres.