Every Audio lover has, at least once, been confused about choosing the perfect tool for their work. We have a list of the best Music Production Software that everyone can use, from beginners to Professionals’ can be comfortable using. Remember, Choose the DAW that best suits your style and the one which you’re the most comfortable with. Here are the best 6 Music Production Software. 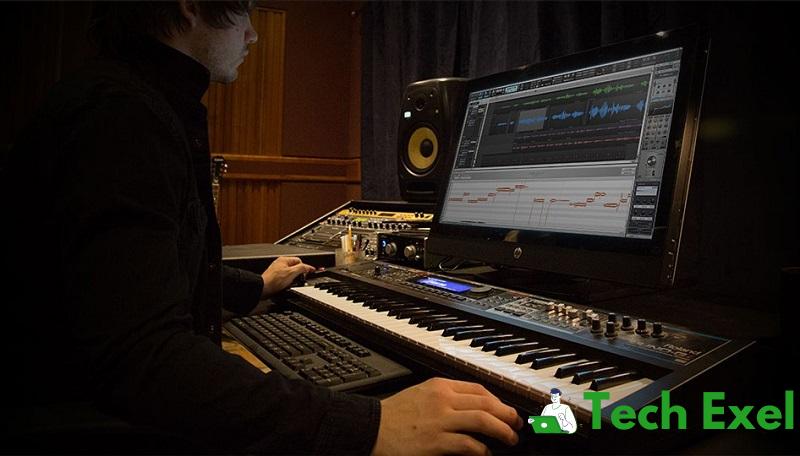 As much as the hype in the Music scene goes, FL Studio is a DAW that is unrivaled. This is a complete package of everything that a music producer wants. With a large inventory of pre-installed samples, this software is the go-to thing even for a beginner.

The inclusion of a 32-channel mixer with effects such as Chaining and Compression give it the edge over its other Competitors. Although the large number of functions could be intimidating to the beginner, it is a pleasant drive after you get the hold of it.

FL Studio is a paid software but, considering the ability of the DAW to cater to almost everyone’s needs, it is well worth the price. FL Studio comes with 4 packages that you get to select based on your preferences, and you only pay for what you want. FL is available for Windows and Mac.

One of the most efficient audio editing tools in the market, Audacity is a gem. With a great option of editing multiple tracks at once and recording, it is completely capable of handling heavy editing. Its unique feature includes destructive waveform, compressor, noise reduction, one of the best being an automatic repair tool. It supports a wide range of audio formats which many editors do not provide for free.

A large number of generators and plugins in various formats are supported making it extremely handy. Although the User Interface is not one of the most appealing ones, that is the only setback this amazing software has. It is completely free and is Open Source, the main reason for it being so wildly popular. It supports both Windows and Mac.

The beast, Adobe Audition is THE most powerful tool you will ever get your hands on. It is a Digital Audio Workstation designed for the more seasoned players in the Music circuit. One of its features that stands out is its adaptive noise reduction which intelligently clears out unwanted noise. It supports almost every generator and plugin and can be used as a recorder and mixer.

The favorites bar is an amazing place to save your favorites which you will be using frequently. The UI is highly customizable to suit your needs. The Audition is priced on the higher spectrum of Audio Software, nevertheless, the sheer amount of functions it can offer in a single package is worth it. The pricing is dynamic where it bills you monthly unlike other tools. Audition supports both Windows and Mac.

Apple has always been a pioneer in the creative field, driving change. With Logic Pro X, we have a fresh Digital Audio Workstation that would instantly appeal to anyone using it for the first time. With an insane number of additional Plugins, Generators and much more provided with the Logic Pro, this DAW is a great choice.

Its standalone features include Smart Tempo which automatically matches the BPM of various tracks in a single playlist and Flex-Time which can help you edit a single part of a waveform without having to edit the entire track. Like the previous DAWs, Logic to supports a large number of audio formats. Its UI is overwhelming, especially for new users and the software is pretty expensive which are the main disadvantages of this software. It supports only Mac.

Cubase is a DAW (Digital Audio Workstation) developed by Steinberg. It is one of the best Music Production Software that has the ability to be suitable for all levels, genres and budgets. With different versions for various needs, this is one of the most flexible music software you can get.

It is one of the oldest players in the music scene, with unique features like frequency equalizer and auto-pan. Cubase has a robust security system where it uses a plugin called Sentinel to scan new plugins and generators and protect the software from potential threats. The UI, like most DAWs is a bit complex and takes time for beginners to get used to. It is available for Windows and Mac and is priced fairly.

With a host of the most popular artists using this DAW, Ableton has cemented its position as one of the leading names in Electronic Music Production. It supports unlimited audio and MIDI tracks. You get an additional 70GB of free presets, plugins and generators for free. Ableton has quickly built a community which is extremely helpful to new people on the scene.

The UI isn’t very appealing to everyone and is pretty complicated. Ableton offers generous discounts to students and teachers. With their certified training course and a lot of tutorials provided with them, you cannot go wrong with Ableton. It supports both Windows and Mac.