You could be forgiven for thinking you were witnessing a scene from the 2005 film Goal! during the first five minutes of Newcastle United’s home game against Tottenham Hotspur. Callum Wilson scored in the second minute, and the home crowd reacted as if he had scored a goal in the Champions League.

However, in truth, that goal was nothing more than a fleeting moment of euphoria for a dreary team facing the shadow of relegation, not a cinematic moment where Newcastle had a chance at the Champions League, the most profitable club team event. Fans of Newcastle United, though, have more to cheer about, though they will need to be patient. 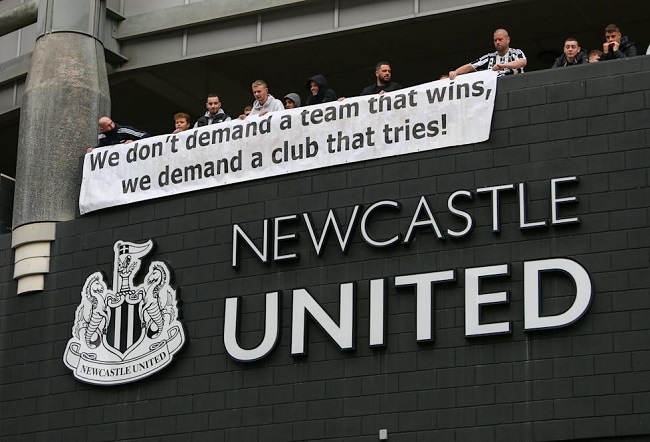 Newcastle United supporters had nothing to look forward to until October 7, 2021. Despite being owned by Mike Ashley for over a decade, Newcastle United’s performance on the field was quite lacklustre, as evidenced by their frequent relegations and subsequent promotions.

After hearing that the Public Investment Fund of Saudi Arabia (P.I.F) had purchased the club, fans who had been dissatisfied with the previous owner’s lack of investment and dedication were relieved. Not only had Mike Ashley left the club, but Newcastle United had become the league’s wealthiest club.

Newcastle United were able to use this leverage to break out of their average playing style and resulting record. Newcastle United was a regular fixture in the Champions League at the turn of the millennium. The squad finished second in the domestic league in both the 1995–1996 and 1996–1997 campaigns.

An aspirational club, they paid a then-record transfer fee to acquire Alan Shearer, who would go on to become the Premier League’s all-time leading scorer. Fans of Newcastle United want the team that created the conditions for the movie Goal! A lot of evidence suggests that once this reconstruction is finished, it will be a huge success.

Both Manchester City and Paris Saint-Germain, two of the world’s most successful teams, were recently owned by Middle Eastern countries, and their turnaround from struggling mid-table clubs to Champions League challengers is a testament to the new ownership’s success. And in the modern world of soccer, cash appears to be a prerequisite for becoming a top team, so the club can purchase any player at its will, as if spending money is the solution to its issues.

However, the news of a takeover at Newcastle United is not as simple as it first appears. Many advocates for human rights viewed this development with disgust, despite the widespread joy among club fans. With the P.I.F as the club’s new owner come a number of issues, despite the fact that it is not technically connected to Saudi Arabia. The Premier League’s apparent prioritisation of a country with a checkered history when it comes to human rights and incessant violence is Saudi Arabia.

But, like every other sport, soccer is big money. In order to get where it wants to go, the club is willing to spend as much money as it takes. Is this the state of soccer as described by Rory Smith, the New York Times’ chief soccer correspondent: “where dreams are based on money, and where there is no such thing as a price too high to pay”? Unfortunately, it appears that this is the truth, but there is always optimism in the recent seasons of Arsenal and Tottenham Hotspur, two teams with world-class stadiums and large expenditures but dismal performances.

Still, there is a lot of work to be done before Newcastle United can rest easy. In that game against Tottenham Hotspur, Newcastle United would continue its failures: they fell 3-2. On that day, Steve Bruce, the club’s manager, oversaw his 1,000th game, but it would also be his last. After the final whistle, the crowd booed and chanted for his dismissal.

A few days later, on October 20, 2021, Steve Bruce voluntarily departed the club and discussed the turbulent events surrounding the establishment and his relationship to it, saying, “I think this might be my final job… The going has been exceptionally difficult. To feel unloved and unwanted throughout one’s life and to read the incessant criticism that one is “doomed to fail,” “a fat waste of space,” “a foolish, strategically inept cabbage head,” and so on.

This is just the way sports are; a tough industry that puts an emphasis on winning at all costs. Eddie Howe, formerly of AFC Bournemouth, will take over as manager. Howe is well-known for his emphasis on player development rather than transfer fees.

Newcastle United is the only team in the Premier League that has not yet won a game, and as a result, they are in the relegation zone, 19th position. Keeping yourself in the Premier League is the first step toward glory, finishing in the league’s top four and qualifying for the Champions League.