Home Windows Charger Plugged in But Not Charging

Plugged in But Not Charging is a strange notification which we commonly see in taskbar mainly about the battery as the name. Itself suggest. We commonly charge our laptops to 100% but see the depletion in the battery, and when we slide the pointer to battery mark, it shows”Plugged in, not charging.” 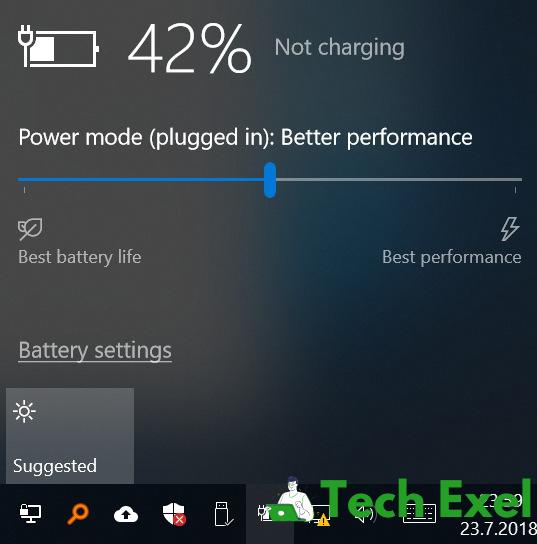 Assumptions of Charger Plugged in But Not Charging

This is a distressing message. So what does this mean actually? Is this in a positive sense or negative? Will the battery discharge or will live longer than expected time !!

Mainly this notification can come if:-

Let us see the reason for this message in quite a detail:

Laptop losses it’s efficiency when we continuously charge it when it is already 100 %. And it work’s with good efficiency when it is a little less than 100%. By keeping the battery of laptop little less than 100%, laptop manufacturers claim that this helps in extending the battery’s life. That is why in some laptops, battery preservation effect gets activated when the battery is in 90- 100 % range or some times at lower percentages.

Some companies stop charging further when the charge in laptop reaches approximately upto 100 %, and their range of activating battery saver is between 50 – 60%.

In our laptop’s there should be a coordination between battery and window itself. That means our battery actually is full, but still, the window is showing partial charged. In this case, we should sync window and the battery back up by recalibration our laptop battery.

AC adapter sometimes remains in good condition but still not working efficiently.  This can be corrected by checking the connection between adapter and laptop or adapter and power socket or any other place.

Sometimes, it may happen the adapter has some internal problem, i.e. may be a problem in transforming voltage from AC supply to usage voltage. So, in this case, we should try a new adapter if we can acquire.

Still, the basic steps to do this is:

Majorly we face this problem that our battery is getting old and losses its charge. In this case, there is two best way to deal with it:

By this article, a lump sum of an idea about batteries of laptop and remedy for small problems in the laptop which we often face can be cured.