The Israeli lightweight judoka S. Rishony was born on February 21, 1991. The weight class in which she competed was U48 kg (under 106 pounds).

S. Rishony represented Israel in two Olympic games: 2016 and 2020. Shira Rishony was born into a Jewish household in the Israeli city of Holon.

Although she preferred judo, her mother enrolled her in ballet classes when she was five years old. Two years later, after she continued to insist on taking judo lessons, her mother caved in. 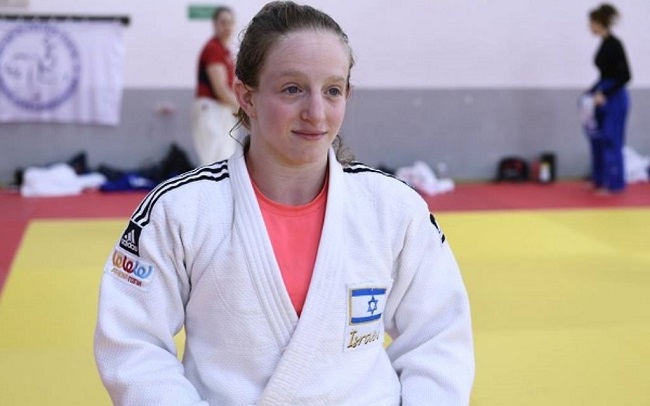 Rotem and Maya are the names of her two sisters. Their grandpa’s name is Muki. Her home is close to the Wingate Institute in Even Yehuda, Israel.

Israeli Athletes Start Competing as Olympics Get Underway in Tokyo

After a loss to Ukraine’s Daria Bilodid. S. Rishony was the first Israeli competitor to seriously contend for a medal.

For many, Shira Rishony’s surprising run to the quarterfinals in the women’s -48kg division (she is rated 15th in the world) was the biggest surprise.

She was eliminated from bronze contention after the loss, but she bounced back to win her following bout.

Shira Rishony and Bilodid fought for four minutes, and throughout that time, they came dangerously close to scoring on multiple times. In the final seconds, Bilodid scored the winning ippon.

Avishag Semberg, representing Israel, won Israel’s first-ever Olympic Taekwando fight on the opening day of the Tokyo Games, before going on to lose her following fight.

However, Semberg was eliminated in the round of 16 by the eventual gold medal favourite, Thailand’s Panipak Wongpattanakit, by a score of 29-5.

The Israeli teenager has two more fights to go before she can guarantee herself at least a bronze medal.

S. Rishony competed for Israel in the women’s 48 kg weight category at the 2020 Summer Olympics. She earned an ippon victory in her opening match against Luz lvarez of Colombia.

There, she defeated the Olympic fifth-seed, the Spaniard Julia Figueroa, who had won bronze at the 2021 World Championships.

S. Rishony was eliminated in the quarterfinals by Mongolian former world champion Mönkhbatyn Urantsetseg, forcing her to participate in the repechage for a shot at bronze.