Shopify Apps: Hey, Have you been an aspiring entrepreneur with brilliant ideas in mind but nowhere to execute them? Do you think that you lack investments that will provide you mammoth infrastructure, classy office, and marble flooring? Wee, you may be right in dreaming big, but completely incorrect about its execution.

Man has often associated success with the infrastructure that he has. The taller the building, the bigger the business is thought to be. It might have been true until now, but in modern times, the things are changing.

Size does not matter anymore (at least in a physical context). With the advent of Digital Marketing and Digital consumerism, one does not need to show off their large infrastructure to prove that they are huge; a mere presence on the social media is enough to do that.

Shopify is one such platform that caters to variety of businesses – whether you are new in the business or an established tycoon, whether you think this will work or you believe that it will, whether you need a break or just a push – Shopify is what will stand as a bridge between your dream and making that dream a reality! 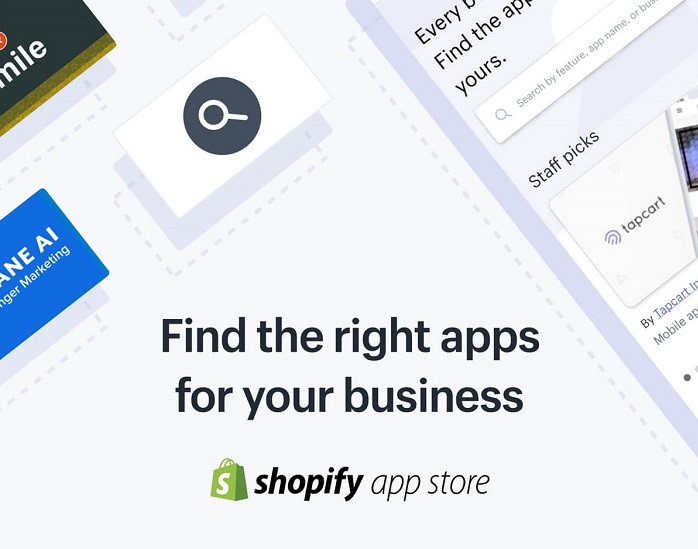 An e-commerce platform that makes your life easy by cutting down on your cost of infrastructure and bringing everything Online, whether it be grocery or jewelry, apparels or electronics, anything and everything at your door step.

However, how do you do it? Well, we take assistance from a few helpers – listed below:

Tools like Up-sell and Cross-sell are the biggest market grossers for Amazon (up to 35%). The Boost Sales app proves to be the biggest boon when it comes to the above-mentioned skills.

The app is also famous for its capability to personalize report and design content according to customers one wants to cater. Rated amongst one of the best apps in the Shopify world, this app averages out to about 4.5 out of 5 (on an average).

This tool works like your own employee, almost like a third helping hand. This efficient ex-employee, programmed to vouch for marketing activities that are most likely to drive sales and that too, free.

Talk about any social media ranging from Instagram, Facebook, or even e-mails; KIT helps you manage all. Moreover, the return gift? Promising sales and investment in time. Rated almost about as much as boost sales app, KIT also features in the top rated list of Shopify Apps.

The sense of urgency makes you want a thing much more than when you had it without any limitation. This psychological trick, played by the app called countdown cart. The app adds a timer at the corner of the screen (or somewhere else).

This nudges shoppers creates a sense of hyperactivity within the population and hence, is the best tool to convert your leads. The app, rated at a four out of five and is one of the best bets that Shopify provides to make a profit.

Countdown Cart is no less than a genie who can fix any problem in a short span of time. Every moneymaker is bit by a money leak at any and every point of time. There are offers like exit-intent that catch customers just before the step where they can abandon their carts!

There is also the technique of gamification in the app, used to motivate customers to spend more and gain special offers, only for them. One can even encourage consumers to repeat purchase by using up-sell after checkout. Finally, social media, utilized to offer discounts as baits to retain customers through this app. Again, a four on five, the app falls in the list of Shopify Apps.

The Pop-ups that you get out of nowhere on your screen is a production of this app. It helps one convert their audience through popups like top bars, coupon popups, and spin-to-win. It does not only allow one to boost sales but also create a list of potential customers.

The added attractions are the incentives that the app provides in order to motivate customers to complete orders. The app not only does this but also optimizes conversion with the features that involves targeting and triggering audiences. Rated at a four again, Site kit is a big boon to Shopify Apps!

Do you still think becoming an entrepreneur is difficult? If you said yes, you may be right, but hey, what is not? The good news is you have help and that too at a level, which assures you quality content, rigorous checks and balances, and an assured success. Let the Business Idea in you boost away and become the next sensation in this digital world. Don’t let your dreams die, only with the help of Shopify Apps!

Windows Can’t Communicate With The Device or Resource [Fixed]

The Audio Service is Not Running in Windows 10 [Fixed]

© 2020 TechExel.Com Contact Us - [email protected]
We use cookies to ensure that we give you the best experience on our website. If you continue to use this site we will assume that you are happy with it.Ok