Home Windows What is TAP Windows Adapter V9 and How to Remove It?

Before we know what is TAP-Windows Adapter V9, first and foremost thing to do is to know what is TAP. TUN (network TUNnel) and TAP (network TAP) are virtual network kernel devices. They are classified as not backed by hardware network adapters. They rely or depend upon software to function correctly. As they are kernel devices, that means they are an essential core element of the Operating System.

TAP is used to simulate a link layer device. It highlights a group of communication protocols. Basically, TAP works on layer two packets. Ethernet frames are examples of the data handled by TAP. A frame is a layer 2’s protocol data unit. TAP is also used for network bridging; it is an act of connecting networks.

The common application of TAP includes virtual machine networking, virtual private networks, and the connection between real machines and network simulations. But not every application uses both the virtual network kernel devices. Some of them depend only on one device while some others will allow using both of them.

Even though it is a virtual network adapter, it behaves like a real one. But the only disadvantage is all the packets transported by TAP feature are having poor scalability. Now we will see that is what windows adapter version nine and how to remove and reinstall it in our system in detail.

What is TAP Windows Adapter V9

It is a network driver that is installed by VPN programs. After the initial installation, this adapter will come in the device manager of our system. There are two different versions of Windows TAP Drivers they are NDIS 5 driver (tap window version 9.9.x) which works on Windows XP, and the other one is NDIS 6 driver (tap windows version 9.21.x) which works on Windows 10, 8, 7 or Vista. 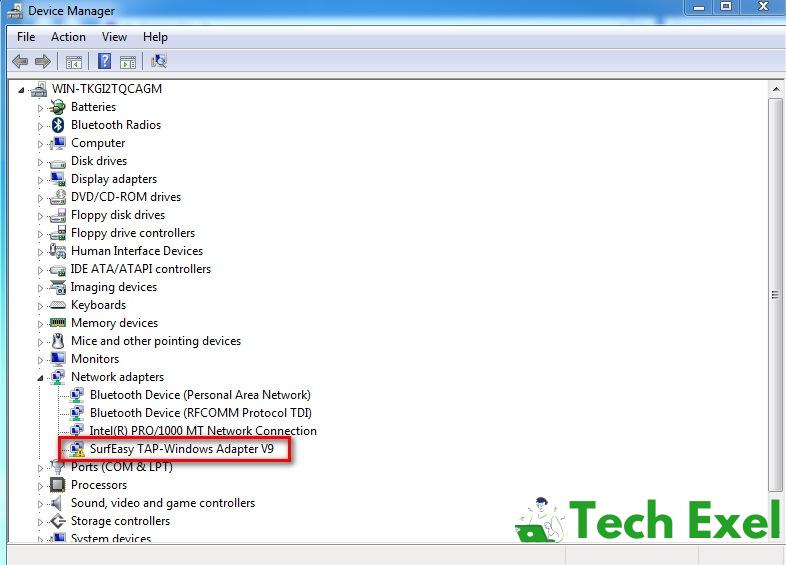 When Should You Remove the TAP Windows Adapter or Reinstall It?

Sometimes we come across a situation where we find that the adapter will again appear inside the device manager when our system gets boots up. This situation or issue occurs because some VPN programs have a start-up service that will always check for the missing or hidden files or drivers and installs the need new drivers automatically that are missing or hidden.

How to Remove the TAP Windows Adapter Version 9?

Step 1 ⇒ We have to go to program files and find the tap windows option. Then, double click uninstall.exe and wait for the next instruction.

Step 3 ⇒ Then we have to remove the software; for that, we should follow different methods.

Step 4 ⇒ We have to press the windows key and button R on the keyboard at the same time to open the Run window, and then we have to type appwiz.cpl and click the OK button to open the programs and features a window on the screen.

How to Reinstall the TAP Windows Adapter Version 9?

If we are unable to connect to our VPN network, we can immediately check whether the TAP adapter is installed or not if we find and signals of corruption or any infection with a virus. We can also reinstall it in our system by following a few easy and simple steps.

Step 1 ⇒ first and foremost, we have to disconnect the VPN connection and close the related VPN programs on our system. After doing so, we have to open the device manager and navigate to network adapters and click on the option to elongate the menu that is we have to expand the drop-down menu.

Step 2 ⇒ Then, we have to find a Tap windows adapter V9. After that, check whether it has an exclamation mark on the icon related to it. If it has the exclamation mark, then we should right-click the driver. Then, select the uninstall device option from the menu.

Step 3 ⇒ Next, we have to open our VPN again and wait for the next instruction. It will make us install the missing or hidden network driver, or it will install that particular driver automatically. Then, return to the device manager and check whether a yellow exclamation mark on the related icon is removed or not. This makes us reinstall the TAP windows adapter V9 in our system successfully.

We have to note that TAP works as the Ethernet level. Also, it acts as a “switch” for the VPN (Virtual Rrivate Network), and there is another term known as TUN. It is responsible for routing data packets on the VPN. So a TUN or TAP driver is always necessary for a VPN to function properly on a device or system. This is because the driver will also establish a connection between a device’s hardware data processing unit and the TUN or TAP platform.