According to the FAO, food systems consume 30% of the planet’s available energy. It adds that “modern food systems are heavily dependent on fossil fuels.”

The publication said the global food system was “the single biggest contributor to biodiversity loss, deforestation, drought, freshwater pollution and the collapse of aquatic wildlife.” It was also, the report claimed, “the second-biggest contributor to climate change, after the energy industry.” 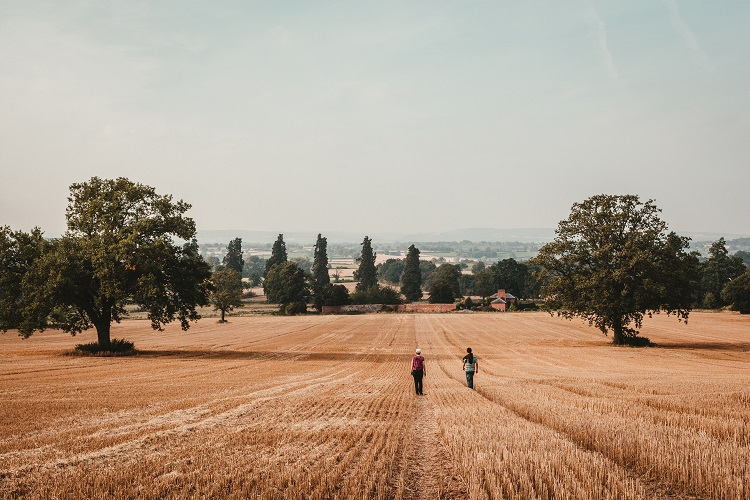 Urban food production is something that is being tested a lot across a lot of countries. Take hydroponics, which the Royal Horticultural Society describes as “the science of growing plants without using soil, by feeding them on mineral nutrient salts dissolved in water.”

With a focus on the “hyper-local”, Growing Underground claims its leaves “can be in your kitchen within 4 hours of being picked and packed.” On the tech front, everything from humidity and temperature to water delivery and airflow is monitored and regulated. Speed is also crucial to the company’s business model.

“We aim to deliver everything that we harvest in under 24 hours,” Sebastien Sainsbury, the company’s CEO, told CNBC recently. “The restaurants tend to get it within 12, the retailers get it within 18 and the home delivery is guaranteed within 24 hours,” he said, explaining that deliveries were made using electric vehicles. “All the energy that the farms consume is renewable.”

In a phone interview with CNBC, she noted how the term “urban agriculture” could refer to everything from allotments and home gardens to community gardens and urban farms.

“Obviously, not all food is going to be produced by urban agriculture, but it can play a big role in feeding local communities,” she said. There were other positives, too, including flood and heat mitigation. “It’s … all those benefits that come with having green spaces in general but then there’s the added plus, [which] is that you’re producing food for local consumption.”

On urban farming specifically, Kennard said it provided “the opportunity to make a localized food system” that could be supported by consumers. “You can support farms that you know, farmers that you know, that are also doing things that contribute to your community,” she said.

“There’s certainly an argument for looking beyond the most obvious … ways to play the green theme, as you say, further down the value and the supply chain,” she said.

“I would say as well though, you need to remember that sustainability covers a number of different topics,” Alsford said. “And we’ve been getting a lot of questions from investors that want to branch out beyond the pure green theme and look at connected topics like the future of food, for example, or biodiversity.”