After all, “The Boss Baby” has a sequel.

Alec Baldwin voiced a dyspeptic, super-intelligent, black-suited newborn in the 2017 DreamWorks film adaptation of Marla Frazee’s children’s book series and it paid off handsomely, to the tune of $500 million in worldwide box revenue and an Oscar nod. 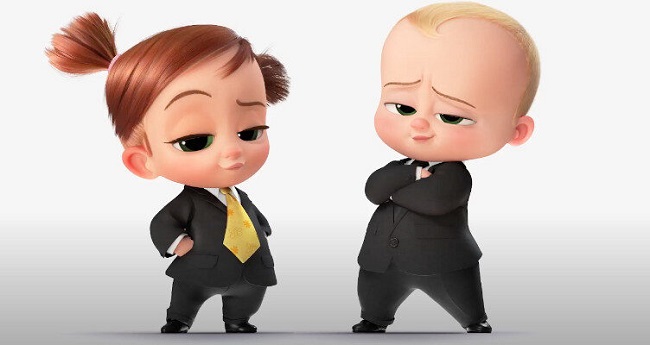 “The Boss Baby: Family Business” is making a similar large bet that family viewers, who are otherwise depleted of new offerings, are ready to return to the theatres early on, with a simultaneous streaming bow on Peacock. In spite of the film’s lack of intrigue, it is a well-executed re-creation of the original’s premise that adds just the right amount of off-the-wall aspects to keep things entertaining.

Tim (James Marsden), the protagonist of “Boss Baby,” is now an adult with a family of his own, and he’s lost touch with his younger brother, a successful Boss Man who has no recollection of their peculiar childhood. While Baldwin’s “Saturday Night Live” imitation in the first film drew comparisons to Donald Trump, here the adult role seems to have been purposefully modelled on the disgraced ex-pre-politics president’s look.

An increasingly embarrassed Tabitha (Ariana Greenblatt), Tim’s eldest daughter, has taken a shine to her prosperous Boss Uncle despite her dad’s ridiculous home-schooling antics. He has a baby girl named Tina, and she appears to be a normal baby, so it’s no surprise when she suddenly transforms into a Baby Corp. agent, donning a suit and tie and speaking with the authoritative authority of Amy Sedaris.