Home Entertainment The Dropout Nails the Ending Even Though Elizabeth Holmes

Disgraced Theranos CEO Elizabeth Holmes (Amanda Seyfried) is left screaming in a parking lot while waiting for an Uber in the series’ closing scene.

Holmes had just left the office of her recently defunct biotech business, which had claimed to transform the blood-testing market with needle-free technology that didn’t actually function. 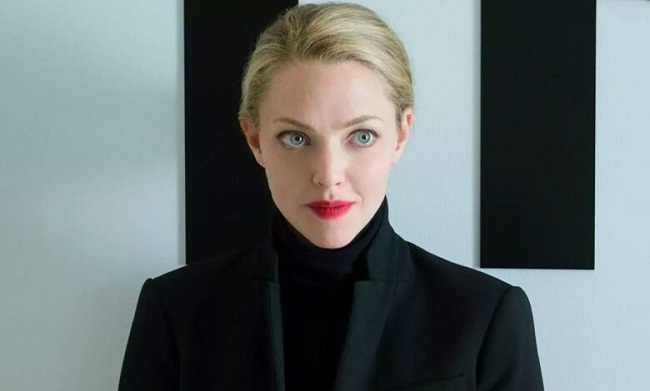 Lawsuits were filed by investors, patients, and pharmacy partner Walgreen’s after it was revealed that Theranos had deliberately supplied people with misleading or defective test results thanks to whistleblowers inside the company and reporting by the Wall Street Journal in 2015.

Holmes was found guilty on four of eleven charges of fraud in January; his sentencing is scheduled for September. Meanwhile, Holmes’ ex-boyfriend and former Theranos executive Ramesh “Sunny” Balwani (Naveen Andrews) is currently under trial for his role in the company’s fraud.

Why does Elizabeth Holmes in “The Dropout” Speak so Softly?

Creator of “Dropout” Liz Meriwether (“New Girl”) says she was more interested in how Holmes has repeatedly reinvented her identity and less in the trial and the legal consequences of what happened.

Elizabeth and Sunny’s last ditch efforts to salvage their relationship and Theranos are chronicled in the season finale. After meeting her future husband, Billy Evans (Garrett Coffey), she shed her dark clothing and hushed tone, became more outgoing, and even got a puppy.

According to Meriwether, “there seemed to be a significant turnaround” with Evans. I wanted to emphasise the significance of her transformation using dramatic means.

Meriwether clarifies even more of our most pressing concerns regarding Holmes and her improbable demise:

What Happened when The Ranos’ Lawyer Brought up the Issue of Individuals being Harmed to Elizabeth Holmes?

Linda Tanner (Michaela Watkins), a lawyer for Theranos, tells Elizabeth in the last minutes of the series that investors including media magnate Rupert Murdoch have abandoned ship and advises her to file for bankruptcy.

When confronted by Linda about the tens of thousands of inaccurate blood tests, Elizabeth was told by Linda straight up, “You hurt people.”

Linda is “actually standing in for a lot of employees that lost their jobs and thought they had been misled by Elizabeth and Sunny,” Meriwether explains, despite the fact that she is a composite character.

That showdown is inspired on a panel discussion in which Holmes took part. Meriwether claims that an audience member shouted, “You injure people!” as the speaker left the stage.

“We needed that scene to happen in the series, but she wasn’t going to give another speech, so I handed it off to Linda. There must be a time when Elizabeth takes stock of what she has done and what she has allowed to occur.”

Is it True that George Shultz hid a Lawyer in his House?

After learning that Tyler may have spoken to a journalist about Theranos, George locks Linda in the house and shocks his grandson with a fresh and ominous nondisclosure agreement.

This is a true story, Meriwether recalls, about the time George surprised his grandson with a lawyer. There are a lot of unbelievable parts in the story.

Is it Possible that Elizabeth’s Alleged Family Friend was Responsible for Her Downfall?

Richard Fuisz (William H. Macy), a medical inventor and Holmes’ next-door neighbour growing up, is one of the more unexpected supporting characters in “Dropout.” They had a fight in the pilot episode right before Holmes leaves for college, and he is clearly still bitter about it.

After years of feuding, Fuisz actually did contact Journal journalist John Carreyrou (Ebon Moss-Bachrach) and accuse Holmes and Balwani of fraud, just as depicted in the show.

While Meriwether admits to some “imagined moments,” he or she insists that this accurately depicts the plot.

“I couldn’t help but be intrigued by the guy who stuck around for all those years before finally pursuing her. To think that he had known her when they were both young completely blew my mind.”

Were Phyllis Gardner and Richard Fuisz actually working together?

She explains that there are no fast cuts in medical research and that everything must be tried and tested. Later in the season, Phyllis and Richard link up with the widow of a Theranos scientist who committed suicide, Rochelle Gibbons (Kate Burton), to take on Elizabeth.

“This tale of three very dissimilar people who bond through their shared hatred of Theranos definitely piqued my interest. For some reason, I found myself increasingly pulled to that “Says Meriwether.

“But then Phyllis became the voice of women scientists and other female entrepreneurs in the series for me, (highlighting) the impact that Elizabeth had on a traditionally male-dominated industry.

Phyllis’ final words to her are, “You’ve injured a lot of women wanting to (establish companies) just by causing this mess.””

What Happened During that Dancing Number? Were those Masks Really Real?

Dropout showcases the eccentric side of Holmes, who does, in fact, have a Yoda wall and a penchant for green juice. The many intimate sequences in which Elizabeth dances and sings are likewise based on real events.

According to Meriwether, “that’s based on an account from the podcast ‘The Dropout,'” on which the show is based. “One of Elizabeth’s coworkers, Ana Arriola (Nicky Endres), caught her one morning dancing to a hip-hop song in the car before work.

It was one of the few clues I had as to what Elizabeth might be up to on her own time, so I ran with it.”

Another photo that raises some eyebrows is from Elizabeth’s 30th birthday celebration, where guests wore masks of her face with the eyes cut out.

Meriwether exclaims, “That’s a real (moment).” “Nobody at her birthday party seemed to mind that they were wearing masks of her face, but I can’t say for sure if she kept them. I have no idea if they are still in circulation; if someone still has one, I’d be very interested in seeing it.”