On Thursday, the Minnesota Timberwolves completely imploded, allowing the Memphis Grizzlies to come back from successive 20-point deficits and win 104-92.

Early on, the Timberwolves established dominance, just as they had in Game 1 of the series. The Wolves scored 39 first-quarter points with the loud Target Center crowd roaring them on. 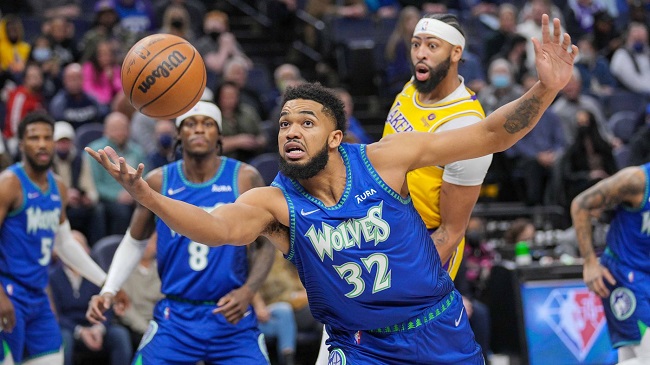 Minnesota got what they wanted in the second and expanded their lead to 26 points. The Timberwolves, however, started taking difficult shots because they had no other options. When Anthony Edwards collided with Dillon Brooks and banged his knee, he had to leave for a while.

D’Angelo Russell and Karl-Anthony Towns each picked up three fouls in the first half, and Memphis capitalised by going on a 23-4 run to end the third quarter with a 15-point victory.

After taking a 51-44 lead into the locker room at halftime, the Timberwolves came out strong in the third to take control of the game.

Russell struggled in the first two contests but came back strong in the third. with a game-high 22 points and seven assists. Anthony Edwards had a big night for the Timberwolves as well, scoring 19 points and grabbing seven boards to help Minnesota get out to a 21-point lead.

However, just two of Minnesota’s “Big 3” played (much like the prior two games). A foul troubled Towns appeared listless on the floor. Towns was ineffective all game long, scoring just three points, and he was called for his fifth foul after a tussle with Jaren Jackson Jr. with 9:24 remaining in the game.

In response to the foul, the Grizzlies went on a 21-0 spree to go within one point of the Jazz with 83 seconds left in the game. Memphis took control of the game from there with Desmond Bane pouring in a game-high 26 points to help the Grizzlies take a 2-1 lead in the series.

The Timberwolves will need to rebound quickly. They will play host to the Grizzlies in Game 4 on Saturday evening.