It was enacted to protect coastal beaches, barrier islands, and marshes from overdevelopment.

For example, storm surge during hurricanes is reduced by areas protected by the Act. They also serve as essential habitats for birds and other species. 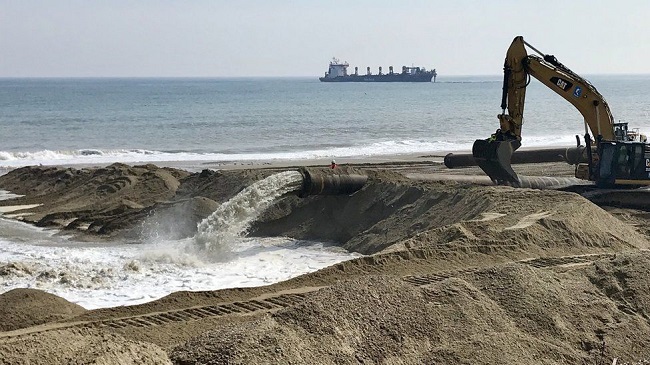 Making sand from these vulnerable areas available for replenishment projects may encourage development in coastal regions that are increasingly at risk from sea level rise, which may reduce the natural protection and habitat these areas offer.

Environmentally protected sand from the Atlantic and Gulf of Mexico coasts can no longer be used in anti-erosion projects funded by the federal government under a two-year-old policy by the Biden administration.

Congress’s goals to protect fragile areas and save taxpayer money were not met by Interior Secretary nominee Ryan Zinke, according to a memo released Friday by the U.S. Department of the Interior.

The Coastal Barrier Resources Act was passed by Congress in the 1980s and protects 3.5 million acres of undeveloped sandy land, including barrier islands, sandbars, dunes, and coastal aquatic habitats. As a result, federal funds could not be used for any projects that might have an impact on the 2,500-mile stretch of coastline affected by this designation.

The Audubon Society filed a lawsuit against the Trump administration last year, claiming that sand-mining projects, including those for the piping plover and red knot, destroy avian habitat. That lawsuit has yet to be decided by a federal judge.

Legislators from coastal districts requested the Trump administration’s policy shift. To obtain sand for these multimillion-dollar projects, local officials and state representatives in coastal towns had to either ask the Interior Department for special permission or source it from a less convenient location.