The new film from British cinematic greats Danny Boyle and Richard Curtis will take a skewed look at Britain’s Beatles era, and it’s shaping up to be quite the group effort.

No one knows what to call the project just yet, but here’s what we do know about the performers that have already filmed scenes, including Ed Sheeran: 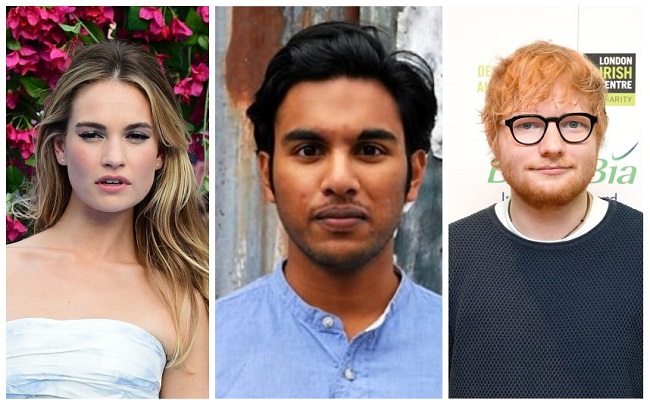 Filmmakers Richard Curtis and Danny Boyle are Collaborating on a New Project.

The project will mark the first collaboration between the acclaimed romantic comedy writer and the Academy Award–winning film director, bringing Love, Actually and Shallow Grave closer together than anybody could have imagined.

Although the London-based production company Working Title has insisted that the film has no title as of yet, early reports have suggested that the film will be a musical and may be titled All You Need is Love.

As far as we can tell, the film takes place in the 1960s or 1970s and centres around The Beatles. But the hook revolves around the protagonist, a want tobe singer-songwriter who thinks he’s the last living person to recall The Beatles. No one in the 1970s could have possibly forgotten about The Beatles.

Alternatively, the film might take place in the present day with flashbacks to the swinging ’60s. The project may have a more millennial context, according to new information from Ed Sheeran, who has been cast as himself (his most significant non-self role to date was a cameo as a soldier in Game of Thrones).

Sheeran explained his role in the story by saying, “I discover him and take him on tour.” After that, he grows considerably larger than I am by virtue of his actions. Yes, that’s a very ingenious idea.

There’s a Veritable Constellation of A-Listers in the cast.

In typical fashion for a Curtis film, it appears to be brimming with talented actors. Alongside Sheeran, Lily James (who will play a teacher) and Kate McKinnon (who will portray a talent agent) have been cast.

Lamorne Morris from “New Girl” and “Game of Thrones” alum Joel Fry are both currently set to appear.

Himesh Patel, best known for his role as Tamwar Masood on EastEnders, will be making his feature film debut in the picture and could have a breakout year.

The Shoot is Over.

Post-production work has been logged on iMDB, which would be consistent with a September 2019 release date, as reported by The Hollywood Reporter.

Clacton-on-Sea and Gorleston Beach in Norfolk are two of the less glamorous settings we know of, where a total of 5,000 extras were hired for filming.