Home Entertainment When Does Elena Turn Her Humanity Back on

Elena Gilbert consistently demonstrated throughout The Vampire Diaries that she is one of the show’s most empathetic and devoted protagonists, profoundly devoted to her friends and family.

Her unwavering commitment to those she cared about put her in perilous circumstances, some of which had lasting consequences. 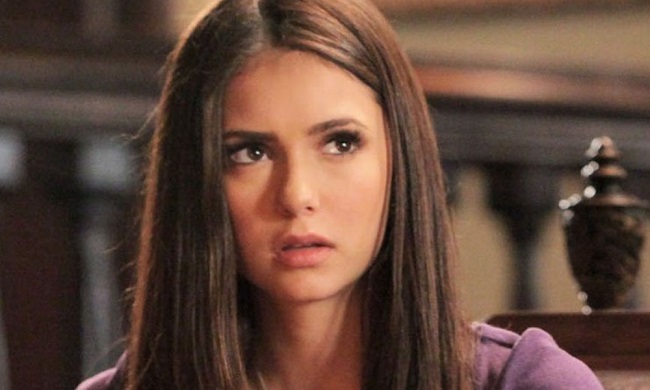 And yet, when Elena switched off her humanity, she became a careless and uncaring vampire, losing all the good qualities that made her human. Many of the wrongs Elena committed while lacking in compassion have continued to plague her even after she reactivated her humanity.

Taking Advantage of a Helpless Girl for One’s Own Gain

As seen in “Bring it On,” Elena’s transformation into a heartless vampire was difficult to watch for viewers. Elena was finally persuaded to return to school, and once there she asked to join the cheerleading competition, where she promptly fell for a member of the competing team.

Elena’s actions in this episode, stalking a young girl onto an empty bus and demanding the bow she wore in her hair as a means of gaining her trust before feeding on her, were completely out of character for the person she usually is when she still has any humanity.

The coldness of Elena’s dehumanisation became palpable when she preyed callously on helpless victims.

She Set Her Home on Fire

The loss of Jeremy in Season 4 of The Vampire Diaries was a devastating blow to Elena. In “Stand by Me,” Elena initially refuses to believe that her brother has died, but she gradually gives in to the tragic reality and fully breaks down.

When Damon tried to comfort Elena, he talked her into turning off her humanity, a disastrous choice. Without any humanity left in her, Elena burned down her home along with all of her valuables and memories of her family.

Because of this, she suffered the most from her lack of humanity, and it was one of the worst things she did, since she was forced to leave behind her childhood home and most of the memories she had of her loved ones.

Working Together to Find Katherine (Rebekah)

Elena and Rebekah’s relationship was notoriously difficult, in no little part because Rebekah hated Elena for being so nice.

Even still, Elena’s lack of empathy made her a great fit for Rebekah; the two conned Damon and stole his car in “Because the Night” in order to go after Katherine themselves.

They set a trap for Katherine to discover the location of the cure in “American Gothic,” a shared experience that benefited both of them and strengthened their friendship.

As a result, Elena began to impersonate Katherine, at which she excelled, which is unexpected given Katherine’s reputation for villainy. Throughout this episode, Elena displayed erratic behaviour, and it was a poor choice for her to join forces with Rebekah, who would normally be her enemy.

Caroline was subjected to diabolical treatment at the hands of Elena when the latter was completely devoid of humanity and continually agitated her companion to the point that Elena attempted murder.

For example, in the song “Bring it On,” when Caroline tried to aid Elena, Elena became upset and argued with her nonstop, eventually allowing her to fall from a tremendous height during their cheerleading performance.

Apart from the petty matter of Elena stealing Caroline’s prom dress in “Pictures of You,” Elena also made fun of Caroline for Tyler having left her, despite knowing how much sorrow it caused.

Once Damon and Stefan intervened, Elena had nearly staked her in a quarrel that she had caused. A close friend of Elena’s, Caroline, was subjected to her unending cruelty.

In the episode “Pictures of You,” Elena’s humanity had completely distorted her attitude, and she was cruel to her pals if they got in her way. Unfortunately for Bonnie, Elena chose to kill her so that Silas couldn’t tear the curtain between worlds down, and Bonnie became entangled in Elena’s fury.

As a result of acting on impulse, Elena underestimated Bonnie, who quickly subdued her with a severe spell that nearly killed her.

Fans were saddened by Elena’s willingness to betray them for her own interests, especially given that, if Bonnie hadn’t intervened, Elena might have killed Bonnie.

Throughout season 4 of The Vampire Diaries, the relationship between Damon and Elena was tense since they weren’t sure if Elena’s feelings for Damon were genuine or the effect of the sire link.

The situation became more complicated after Damon told Elena to disable her humanity and he tried to guide her through her altered mental state.

In “Because the Night,” Damon told Elena about the time he and Stefan spirited her away to New York and how he managed to foil Lexi’s attempt to aid them. But instead of learning from his example, Elena decided to follow in his footsteps.

Like Damon had done with Lexi, Elena left him for dead on a rooftop, took the information regarding Katherine’s whereabouts, and left town with Rebekah.

That Elena would give up someone she once cared for so much in order to pursue her own agenda is further proof of how far gone she really is.

At her worst, Elena was a poor friend. When her humanity was switched off, she was even worse. Because he was always willing to go the extra mile for Elena, Matt was the friend who arguably deserved poor treatment the least.

Even after escaping from Stefan and Damon, who had trapped her to try to make her turn her humanity back on, in the extremely painful episode “She’s Come Undone,” Elena went after him.

She was running from something in the woods when she encountered Matt, whom she promptly attacked and ate. The situation escalated when Stefan and Damon located her, with Damon using Matt’s death as bait to reawaken Elena’s emotions.

Although Elena didn’t do anything to stop Damon, he did know that Matt was wearing the Gilbert ring and he was aware of this. What happened to Matt was especially heartbreaking, and he deserved more.

Throughout her time on the show, Liz was appreciated by fans because of how much she helped Caroline and her friends, especially Elena.

Yet, in “Bring it On,” Elena showed just how apathetic she was without her compassion when she mercilessly went after Liz, alienating all of her friends in the process.

With Caroline looking on, Elena became enraged that Liz had crashed her party with the intention of ending it, and she clumsily pushed Liz into the wall. It was a shocking move on Elena’s part, and one of the first warnings that the road back to humanity would be paved with obstacles.

playing with Damon and Stefan

One of the worst things that any Salvatore did to Elena was to force her to turn off her humanity, which caused her to behave more like her doppelganger than herself. When Elena reverted to her human form, she mimicked Katherine’s penchant for playing with Damon and Stefan.

Throughout the series, Elena was a pain for both Damon and Stefan because of the way she played with their emotions and exploited them. To give just one example, in “Bring it On,” she brazenly flirted with Stefan and poked fun at his friendship with Caroline, all the while knowing that he still loved her.

Damon was not spared her manipulations as she teased him in “Because the Night,” attempted to woo him, and finally stole his automobile.

Elena’s callous murder of a bystander to prove a point is maybe the most startling thing she did. Damon and Stefan pleaded with Elena to reactivate her humanity and swore not to give up on her as the episode “American Gothic” came to a close.

Nonetheless, it was clear that Elena had had enough of the Salvatore Brothers’ generosity, as she had brutally snapped the neck of the waitress who had come to refill her coffee.

With unnerving composure, she told Stefan and Damon that she would continue to kill people until they received the message if they tried to help her. One of the worst things she did in her life, the scene was incredibly upsetting.