Approximately six centuries, from 410 to 1066 A.D., are considered to be the Anglo-Saxon period in Britain. Historically, this time period was known as the Dark Ages because there are so little written records from before the Saxon invasion. Most modern historians, however, use “early mediaeval period” or “early middle ages” instead. 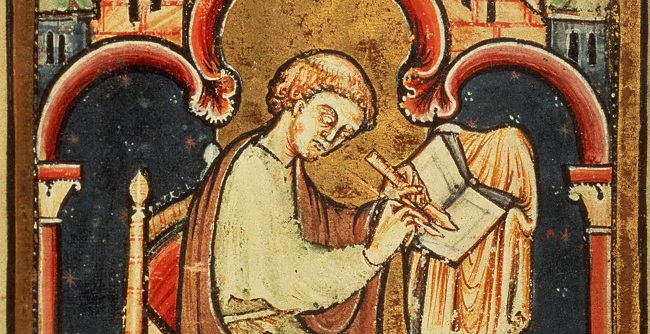 It was a Time of Conflict, Religious Change, and, Beginning in the 790s, Constant Warfare With an Entirely New Invasion Group: the Vikings.

Since the climate in Europe was 1°C warmer in the centuries after 400 AD, and grapes could be grown as far north as Tyneside, it is likely that climate change played a role in the migration of the Anglo-Saxon invaders to Britain. Northern Europe’s population grew as a result of warmer summers, which led to increased crop yields and a larger overall population.

Simultaneously, the melting of polar ice led to increased flooding in low places, especially in the territories that are now Denmark, the Netherlands, and Belgium. They started looking for areas that were less susceptible to flood as time went on. Britain was an open and vulnerable target when the Roman legions left.

An Outline of the Anglo-Saxons’ Time in Britain

Many Anglo-Saxon mercenaries had served for years in the Roman army in Britain, so they were not complete strangers to the area. Even before the Roman forces left, they began their gradual, piecemeal invasions. Some Saxons may have even been invited to assist defend the land at first, according to historical records.

Germanic-speaking Angles, Saxons, Jutes, and Frisians invaded Britain when the Roman troops departed, arriving at first in small groups but in ever-greater numbers. At first, the defenceless citizens of Britannia put up little of a fight. However, in 500 A.D., the Romano-British fought back vigorously against the invaders, possibly under the leadership of King Arthur (though there is no concrete evidence to support this).

However, Gildas, a monk who lived in the middle of the sixth century, writes about a British Christian leader named Ambrosius who led Romano-British forces to victory in twelve fights against the invaders. The later histories refer to him as King Arthur. Curriculum related to the Saxon Settlers is available for review.

The Celtic regions of Britain viewed the Saxons as hostile outsiders, therefore the Scottish and the Welsh renamed them Sassenachs and Saesneg, respectively.

Separate groups of Anglo-Saxons colonised different parts of the country. Different kingdoms emerged, whose identities shifted frequently, and which were continuously at war with one another. Occasionally, one of these kings would be recognised as the Bretwalda, or “High King,” by the other kingdoms. By the year 650 A.D., there were seven distinct kingdoms.