Those living in the New Orleans area awoke on Wednesday morning after two tornadoes ripped through their city, leaving a trail of devastation in their wake.

Both a tornado in Lacombe, north of the town on Lake Pontchartrain, and one in New Orleans’ Lower Ninth Ward and St. Bernard Parish, which killed one person and sent many others to the hospital, were confirmed by the National Weather Service early on Wednesday. 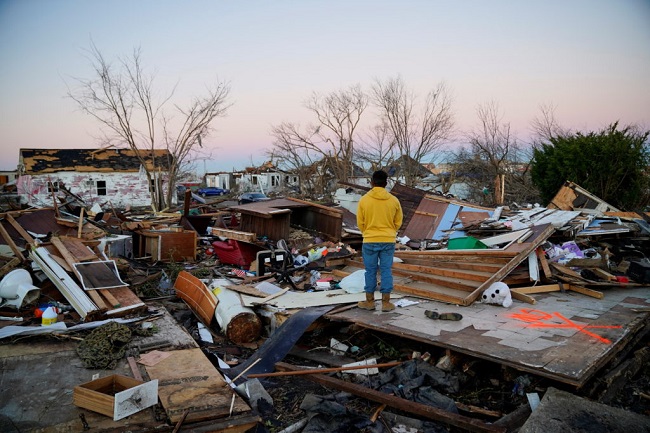 A single day’s worth of rescue efforts by the National Guard, state police, and others involved sifting through the wreckage in search of residents who may have been trapped inside.

Sheriff James Pohlmann of St. Bernard Parish said, “There are homes that might be lacking.” “At some point during the journey, one came to rest.”

As soon as he heard the wind, Aaron Ledet, 44, went to the bathroom. He explained, “I just put my family in the bathtub and prayed.” The moment the wind stopped, he went outside to look for another house that had been blown into the road. During his time in the U.S. Navy, Mr. Ledet performed search and rescue duties, including rescuing a woman whose oxygen tank had malfunctioned.

As a powerful spring storm system that was blamed for at least one other death this week moved through the Deep South, the twister arrived. Louisiana Gov. John Bel Edwards had already closed many state offices and schools in Louisiana and Mississippi on Tuesday morning, hours before the twister struck.

PowerOutage.us, an internet site that aggregates information from utilities throughout the United States, reported that nearly 100,000 people in Texas, Mississippi, and Louisiana were without power at some point on Tuesday. Much of the damage had been repaired by early Wednesday.