iOS Emulators are the software to run the android mobile app in an operating system. Most of us are playing games and those are running with a software called Emulator. These iOS Emulators are very much useful for app developers to design and find the unexpected behavior during testing. 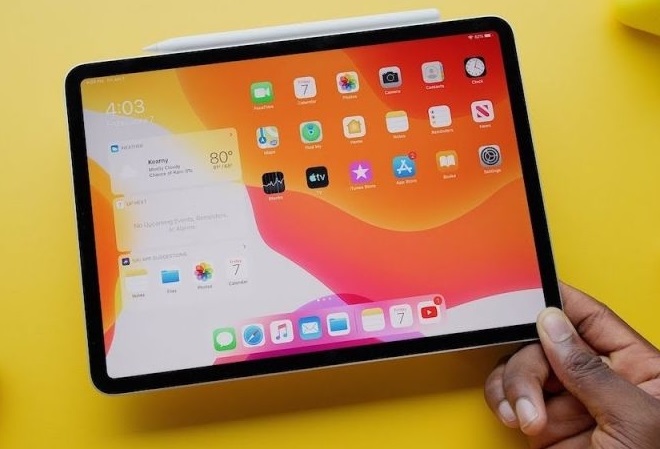 10 Best iOS Emulators of 2020 for Windows and Android

iOS Emulators are simple to use, easy installation, easily runs a multiple devices etc. Most of the iOS Emulators are not available in the Google Play Store and those are in the form APK files to download. Probably APK files are dangerous to install in android mobile apps.

MobiOne studios is some what technical to use. By using these emulator which allows the user to test out various games or iOS apps on their androids to make easier without any difficulty. It supports for most of the windows 7,8, 10 and now it becomes quite popular.

The features of these emulator is natural and quick to use with more additional functions. Since 2009, MobiOne has been downloaded and used by nearly six million designers and developers worldwide. In upcoming days, MobiOne will supports design, testing and give users true cross platform support. It does not requires any coding to conflict.

These emulator is more centered towards the professional users. Basically smartface is used for developing the apps for iOS and also used to cross check whether the app is operational are not.

Smartface is one of the most feature packed iPhone emulators that are available for use and supports iOS development on a Windows or linux machine. Using smartface it make easy to develop for iOS and android applications on cross platform technologies. It allows to emulate iOS and android on a Windows PC with single click.

Appetize is another best choice to run iOS apps in PC. We must note that these iOS emulator is free for 100 hours and after that we have to spend nearly 0.05 dollars for using these emulator.

Appetize.io are usually run on the same windows or Mac computers that developers are Programming on. Appetize is a browser based iOS emulator that works with HTML 5 and JavaScript. This app can easily run android as well as some other software with ease. You can get the iOS user interface in current operating system.

iPadian has been a emulator of choice for many professionals as well as hobbyists. If you are search for something that is simple to use doesn’t requires run in the circles, using iPadian emulator.

iPadian is flexible, simple to install and situation uses. The reason behind simple to use, it works without regarding of users knowledge. You don’t required to go in technical aspects. iPadian that simulates the interface of an iPad on your windows desktop. But performance of iPadian is somewhat slow when compared to other emulators.

AIR iPhone emulator is an Adobe AIR application and its primary purpose is to replicate the graphical user interface of the mobile. Non technical can also use these application to see about iPhone and its functions.

Abode Air is a simulator and it supports iOS. AIR iPhone is similar to the iPadian in many ways, but Air mimics the iPhone screen instead of iPad. You can use the abode Air simulator when anybody wants to have a trail experience of iPhone on your Windows. Finally, Air iPhone emulator will be one of such kind that based on the same frame work we have come to love it.

This app is available but not available for free. You need to put some investment to buy it. Xamarin is one of the best emulators used by the developers for the testing process.

Electric Mobile studio,  which is a professional grade mobile iOS emulator that it is used by professionals. Mobile studio consist of many number of features in iPhone and also used for web development designing.

Electric mobile studio might be expensive for many people, it certainly is a good investment if you are looking for a full blown alternative that will work in every case. The application is capable of simulating the web browsing process for an iPhone or an iPad, enabling you to evaluate the performance and assess the reliability of your mobile apps.

Ripple is one of the favourite emulators that are available in iOS. Ripple software is still in beta stage, so some investment is required for install instead of it works wonderfully. A brilliant emulator that is used for testing old and newly developed applications.

Ripple emulator is a browser based HTML5 mobile application development and testing tool. Ripple is great developing emulator that is using all over the world.

The usage of iMAME emulator has became less. iMAME is focused on allowing you to able to play iOS games on your Windows system. One of the fact that iMAME is more centered towards the gamers shows that it will cater more towards more features.

iMAME arcade game emulator is a free software application from the arcade category. These program is installed in android as well as in windows.

These are the emulators which are useful for any android as well as Windows system. These iOS emulators you to build, install and run iOS apps that can modify different forms of iPhone. Emulator helps app developers find unexpected behaviour during the testing phase of the apps.

Steam Content File Locked I 4 Ways to Fix it

Confirm Form Resubmission Error I 10 Ways to Fix it

DX11 Feature Level 10.0 is Required to Run the Engine

Service Registration is Missing or Corrupt on Windows 10

Microphone Not Working on Windows 10 [SOLVED]

Your Connection is Not Private Error in Chrome